Client Log In
   Back to Blog
Mexico Software Development

THE CAREER OF SOFTWARE DEVELOPMENT IS HIGHLY DESIRABLE IN MEXICO 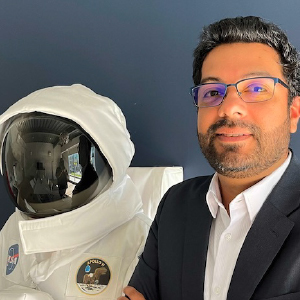 Nearshoring software development company Framework Science, which offers Latin American software development resources, is located right on the U.S. border. Software development is one of the most popular careers in Mexico, with over 130,000 engineers graduating from universities every year. Students learn to program before they enter college, compete in computer science competitions at the national level, and then compete globally. Nearshore software engine remote team members from Mexico are a cost-effective option for US-based companies to fill programming and computer science positions and hire talented people to make their projects successful. One reason for this is the higher growth rate of software engineering in Mexico than in the U.S.

The reduced competition and lower cost of living in Mexico make it easier to hire engineers and specialists for an affordable rate since nearshore software development resources like those in Mexico offer the same level of talent as those in the U.S. This includes consulting roles such as Product Manager, I.T. support, web front-end, back-end developers, and system integrators. Having software engineers and developers join your team is an excellent solution to meet your dynamic goals. While teams can be used for traditional outsourcing of software deliverables, having talented people join your team can be a more flexible and effective solution. Software engineers in Mexico can contribute information and ideas that enhance the team's resources and develop creative solutions. It's also easy for them to quickly "spin up" with remote teams because they're actual team members.

When you work with a nearshoring company like Framework Science, you have access to the right software engineers, developers, quality assurance engineers, and other employees to complement your development efforts. You are likely to find familiar people with your development process, tools, and technologies, which will ensure a smooth transition to a more extensive and more productive team. Your team can start meeting in person and remain in contact throughout the day because they live close. In addition, you can hire cost-effective nearshoring personnel for I.T. and development support, tools, development environments, and other staff members to keep your team on track. We can help companies that are just beginning to utilize remote team management get the right tools and working environment to connect everyone via cloud resources effectively, SaaS development environments, and whatever else they might need.

CAN SOFTWARE ENGINEERS SUCCEED IN MEXICO?

Business magazine Entrepreneur says that "Mexico is undergoing significant changes due to the innovative spirit of its programmers and the creativeness of its human talent." According to Entrepreneur magazine, it is an excellent time to be a software engineer in Mexico. During the early days of COVID-19, Mexico's software engineers and developers cultivated enhanced economic growth and digitalization, creating a very receptive market for software engineers and developers. As a result, the country's universities produce highly skilled software talent. Public schools promote programming and information technology as part of general education, including national competitions that send the winners to represent the nation's young generation of programmers in the International Olympics in Informatics, which will lead to expanding opportunities for software engineers in every part of the country.

I AM LOOKING FOR DEVELOPERS IN MEXICO. WHERE CAN I FIND THEM?

There are many Technology companies in Mexico, with many prominent institutions centered around major cities such as Mexico City. Others, such as CETYS, provide advanced computer science training in Baja California, which has recently become one of the most popular spots for programmers, Tijuana. Software engineers and developers will need a broad understanding of discrete mathematics, probability, statistics, and technology tools to build complex software systems in Mexico software development companies. Additionally, they will learn to apply their knowledge of discrete mathematics, probability, statistics, and technology tools to solve real-world problems. Monterrey, Mexico City, and Guadalajara are also central software development locations in Mexico. Financial software tends to be specialized in one city, industrial software in another, and many engineering firms in cities close to the border with the U.S. Software developers will significantly impact local economies in all nine of Mexico's major geographical regions as the software-based economy.

WHICH TECH COMPANIES ARE IN MEXICO?

According to Glassdoor.com, Mexico City alone is home to some of the top I.T. companies in the country:

With plenty more distributed around the country. The software development business in Mexico is often more of a regional business hub for Latin and South American companies than an outpost for global companies. The technology market in Mexico and throughout the region is overgrowing. Mexico's software development education and workers are leading the field. According to a survey conducted by engineering resource Stack Overflow, the country has over 600,000 software developers. ACM, a leading computer science organization, is well represented globally, especially at universities; Mexico's skilled software development population and strong support from the government and universities have attracted many companies and allowed domestic firms to grow.

WHAT ARE THE BENEFITS OF OUTSOURCING TO MEXICO?

As a result of its focus on high-quality technical training, Mexico's software development industry is overgrowing, making Mexican software developers highly desirable domestically and abroad for nearshoring and other services. While the demand hasn't reached such a high level in North America as in places like the U.S., companies can continue to augment their teams with nearshore resources from Mexico to meet their specific needs, otherwise difficult to find locally. Bringing Mexican software engineers, developers, and I.T. professionals saves companies money, allowing them to compete on a level playing field with their American counterparts. Due to few language and cultural barriers, similar time zones, and geographical proximity to Mexico. If you need to meet in person, it's easy to arrange and only a short flight away. With remote teams prevalent nowadays, software team members from Mexico may not be able to tell them apart from their teammates in other countries.

HOW MUCH DOES IT COST TO LIVE IN MEXICO?

Mexico's cost of living can differ significantly depending on where you live. For example, the cost of living is higher in cities, resort towns, and high-growth industrial areas compared to less populated areas. The standard estimate of the difference in cost of living between Mexico and the U.S., which also varies somewhat, is that it costs 70% less to live in Mexico than in the U.S. The U.S. ranks 10th for cost of living, while Mexico ranks 149th.

WHAT DO SOFTWARE ENGINEERS IN MEXICO THINK?

Software development is a significant part of Mexico's current economic engine, so Mexican software engineers and their families enjoy good jobs and good growth prospects. Software engineers are generally satisfied with their jobs provided they are continually trained and develop their skills. These workers are often mobile globally and within their countries due to the high demand for software engineers.

Mexico has many top-ranked universities, and they are also highly regarded internationally.

Software development professionals from Mexico studying in Spanish and learning and practicing English will be able to join global remote teams without much culture shock. In addition to Ivy League universities in the U.S., graduates of these top universities are increasingly found in advanced programs worldwide.

WHAT DOES MEXICAN PROGRAMMING TELL YOU?

Mexican programmers are excellent if increasing demand for their skills is any measure of quality. In Mexico, software engineers are seen as essential to the growth of the national economy, which means they have the opportunities and incentives to excel in their field. University software engineering and software development programs are rigorous and prepare engineers and programmers for advanced education and professional work. Emerging generations are demanding an early education in programming, suggesting that future programmers already on their way towards university will have a progressive skilled approach to software development that has begun with online engineering challenges even as kids.

DOES MEXICO HAVE GOOD ENGINEERS?

Mexico is proving to be one of the leading producers of engineers across the Americas; some say, many Mexican engineering graduates are studying at US Ivy League universities. These measures illustrate the growing prestige that being a well-educated Mexican engineer carries. Mexico is home to some of the world's top employers of software engineers, indicating that they are finding the highly skilled developers and engineers they need in Mexico.

Mexico’s emphasis on quality software engineering and development education and the companies attracted to hire young graduates are two signs that Mexican software developers are an excellent choice for nearshore staffing at US-based companies. Mexican software professionals are being linked with US firms that need their specific skills through companies like Framework Science. These companies have the opportunity to save money in the process, allowing them to pursue new business and new markets more aggressively. Framework Science provides an ideal scientific framework that delivers certainty, continuity, and predictability to your mission by combining an industry-first REMOTE TEAM MANAGEMENT SYSTEM, the industry's first system that provides clients with total engagement transparency. 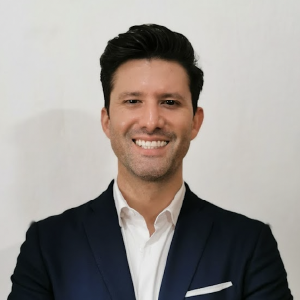